Puna or fresh water springs emerge from the ground at Rehua setting the site apart as a place of special significance. The formation of these puna and the myriad other waterways of Te Waipounamu is attributed in whakapapa to the ancestor Tūterakiwhānoa whose raking of the waka (the South Island) punctured it allowing the water beneath to flow through. The puna at Rehua would have once provided fresh water for the Ngāti Mamoe/ Waitaha people who lived at the ancient Puari pā located near the centre of Christchurch.

Rehua meaning “heavenly guardian” is one of the heavens that the spirit passes through after it leaves the body.

In 1949 Rev WE Falkingham, of the Methodist Central Mission in Christchurch along with Rev Wera Couch and Joe Moss from the Māori Methodist Mission attended a hui in Ngaruawahia and were very impressed by a hostel for girls established by Te Puea in Hamilton. On their return they acquired a property in Stanmore Rd to build a similar hostel for girls in Te Waipounamu, named Te Maire after the early Methodist missionary Rawiri Te Maire. The hostel was opened in 1952 for girls only but after about a year it was realized that it wasn’t really the same as the one in the North so Rev Falkingham and Wera Couch went to Wairoa, Mahia, and Poverty Bay to talk with the old people about the concept of a bringing young Māori boys to Te Waipounamu to learn the trades and a decision was made to convert the hostel into accommodation for them.

The Māori Trade Training scheme was the first of its kind in New Zealand and was an acknowledgement of the already longstanding relationship between Te Hāhi Weteriana and Ngāi Tahu and being jointly run by the Methodist Central Mission, Ngāi Tahu elders and the Christchurch Polytechnic.

The Rehua Māori Apprentices Hostel provided the young men who came to Christchurch to learn to be painters, mechanics and carpenters with cheap accommodation in a community based, Christian atmosphere.

In 1952 the hostel moved to the present day site in Springfield Road. Extra accommodation was built as the number of new trainees increased to around 70. The Rehua ‘boys’ were known for their musical and rugby prowess and the Rehua concert party performed all over Canterbury raising funds for Rehua and raising the hostel’s profile in the community. The kinship and community spirit felt among residents of Rehua is evident in their personal accounts of time spent there.

Since being built, Te Whatu Manawa Māoritanga o Rehua has attracted numerous important gatherings, hui, tangihanga, tourism, political meetings and Central (Methodist) Mission functions. Among the bodies that have worked from or at Rehua are, the Waitaha Cultural Council, under Te Kiato Riwai, the Ōtautahi Football Club, the Rehua Kohanga Reo (the first in Te Waipounamu) and Rehua Marae Social Services.
Rehua hosts many visitors every year from primary school children to royalty – in 2002 Her Majesty Queen Elizabeth II visited the marae. Rehua continues to be a centre for recreation, social occasions and worship. Its stance as a multi-tribal and multi-cultural marae, make it a place where people from all backgrounds may find a common unity.

Website: He Toki ki te Rika
He Toki ki te Rika represents a new era of Māori trade training in Christchurch. He Toki was launched by Te Rūnanga o Ngāi Tahu, CPIT and industry partners to train Māori for leadership roles in the city’s recovery. Hawkins, one of New Zealand’s largest privately owned construction, property and infrastructure groups, is a key industry partner of He Toki and has agreed to support employment opportunities for local Māori in the Canterbury region. 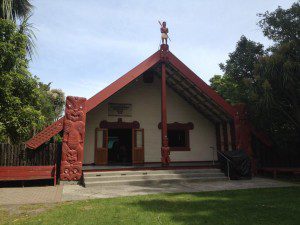 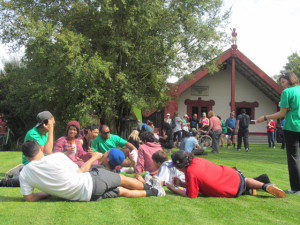