Through the efforts of the Methodist Church and Ngāi Tahu elders, planning began for the building of a wharenui at Rehua in 1955 and construction and carving of Te Whatu Manawa Māoritanga o Rehua began in 1957. At that time it was over one hundred years since a carved wharenui had been erected in Te Waipounamu. All Canterbury Papatipu Rūnanga were consulted about the building of the house and it was decided at a meeting at Rāpaki in 1959 that the wharenui would be representative of all tribes.

Te Whatu Manawa Māoritanga o Rehua was largely built using the voluntary labour of the apprentices and others with an interest. Many local firms donated construction materials and the tōtara used for the 40 carved poupou and epa was donated by Okains Bay farmer, Murray Thacker.

The wharenui would be representative of all tribes.

The carving and design of the tukutuku panels was overseen by Henare Paikea Toka, an apotoro (apostle) of the Ratana church. He was assisted by his wife Mere, (an expert in the weaving of tukutuku panels), and Joe Kingi from Northland. A number of other carvers were employed to carve the poupou and epa. These carvers lived and worked at Rehua for over a year while the work was being completed. Fibre for weaving the tukutuku was brought from the bush at Arahura in Westland and used to craft the 1200 square feet of tukutuku panels that decorate the interior of Te Whatu Manawa Māoritanga o Rehua. These tukutuku are the work of women from Rāpaki, Taumutu, Wairewa, W.E.A. Māori Club and Ōtautahi.

A committee of people from throughout Canterbury was formed to paint the rafters and ridge panels as well as to name the poupou. It was decided to include carvings representative of all the waka that had brought Māori to New Zealand. On the inside of both end walls are Ngāi Tahu ancestors. On the ridge pole of the house above the porch is Tahupōtiki, ancestor of the Ngāi Tahu people, while on the right hand side facing the building is Porourangi of Ngāti Porou, the elder brother of Tahupōtiki. On the left hand side of the porch is Tamatea Ariki, the captain of the Takitimu waka who was also the ancestor of both Ngāti Porou and Ngāi Tahu.

Thousands of people took part in the celebrations that continued over the following four days.

Te Whatu Manawa Māoritanga o Rehua was opened in 1960. The lifting of the tapu, was performed by representatives of the Waikato tribes led by Princess Piki (Dame Te Atairangi Kahu) who represented her father King Koroki, whose poor health prevented his attendance. Visitors from all iwi around Aotearoa were present. Later the same morning, the house was opened by the then Prime Minister Walter Nash and other officials accompanied by Sir Eruera Tirikatene. Thousands of people took part in the celebrations that continued over the following four days.

A new accommodation block, Te Kōti Te Rato named after an early Wesleyan Māori clergyman, was opened in 1966, the wharekai (dining room) in 1977 and four kaumātua cottages in 1987.

Several years ago the Methodist Mission transferred title of the property to the Rehua Marae Trust Board. Today the Methodist Te Taha Māori has three representatives on the marae’s trust board, Maera Couch, Kathy Stuart, and Terry Ryan. Others on the trust board are representatives of the, Ngāi Tahu Papatipu Rūnanga in Canterbury and old boys from the trade-training scheme. 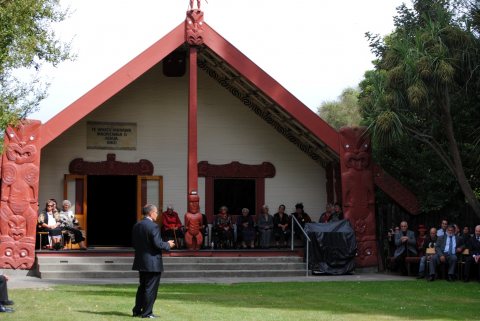 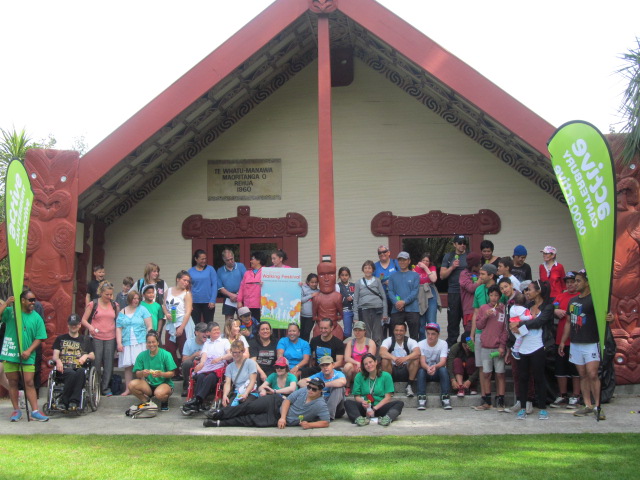 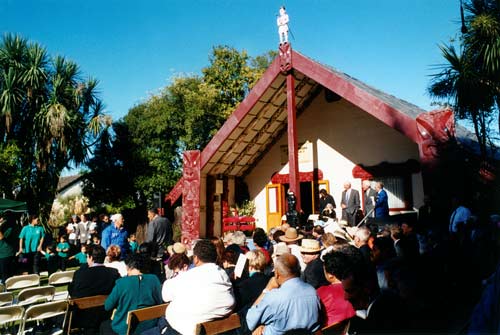 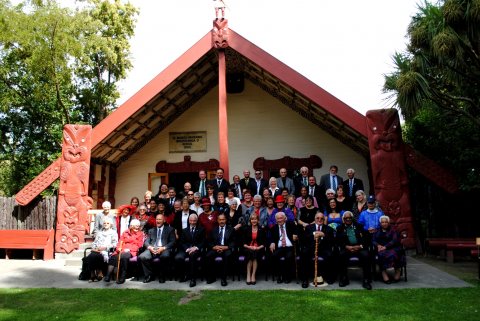 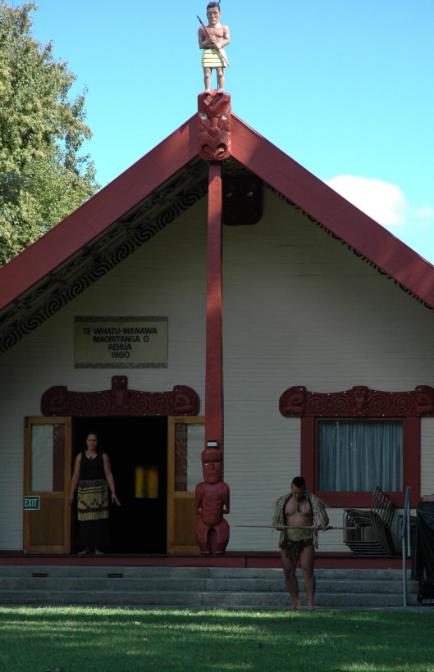